Sheena, a 40-year-old lady, has rumination disorder which is marked by regurgitating previously chewed or swallowed food in order to either spit it out or re-swallow it.

Rumination disorder can occur in infants, children, teens, and adults. It's also more common in people who have anxiety, depression, or another psychiatric disorder. Sheena has both depression and anxiety.

Additional problems that can result from this behaviour include dental decay, oesophageal ulcers, and malnutrition.

What is Rumination Disorder?

Rumination disorder is a condition in which a person repeatedly and excessively regurgitates and rechews partially digested food. It is typically seen in infants and young children, but it can also occur in adults. Rumination disorder can cause malnutrition and weight loss and can lead to serious health problems if left untreated.

The exact cause of rumination disorder is not known, but it may be related to underlying medical conditions or psychological issues. It is often seen in people who have developmental disabilities or mental health conditions such as anxiety or depression.

If you or someone you know is struggling with rumination disorder, it is important to seek medical attention. Treatment may include medications to reduce the frequency and severity of regurgitation, as well as therapies to address any underlying psychological issues. It may also involve dietary changes to ensure that the person is getting the nutrients they need.

Click here to talk to counsellors online and discuss about your problem. 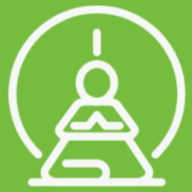